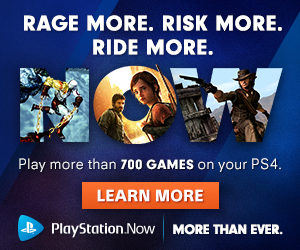 Here are a few of our favorite free to play mobile games. Yes, a lot of them do have in-app purchases and a paid version but the initial game is free to download and play.

Smash Hit is a game developed by Mediocre, where you have to travel through an other-world dimension and move in a harmonious way with music and sound while smashing everything that comes in your way!

This game requires concentration, timing, and focus not only to travel for as far as possible but as well for breaking the stunningly beautiful glass artifacts that are standing in your path.

The game includes 50, all different rooms that come with 11 individual graphics styles and realistically glass-breaking mechanic effects in each stage and there is gameplay that’s musically synchronized. The audio effects and music are changing with each stage and the beautiful obstacles will be moving to every new tune.

The latest version of the game now also contains local multiplayer game modes which are versus and co-op. Check out also this Der Eisendrache post.

This game does contain in-app purchases which cost around $2.32 – $2.35 per item and an optional one-time premium upgrade is offered that will open up new game modes, detailed statistics, cloud savings across various devices, and the option to continue from different checkpoints.  However, this game is ad-free!

Infinity loop is a puzzle game where you create intricate looping patterns or to put it simply, “connecting multiple things” and have fun with it.

Connect all the lines and corners to make perfect connections and that really is it, well in the standard mode anyway. There is a “Dark Mode” in which you get 100 levels free but then have to pay for in which you have to disconnect every piece and make sure nothing is left connected.

The developers say this game has infinite levels but whether this claim is a fact like many undisputed facts remains to be seen.

It does have in-app purchases which cost around $0.95 – $2.48 per item and the one-time payment for the dark mode. I, however, haven’t seen it be flooded with too many ads but I don’t know whether to put that down to bad internet connection on my phone or not.

One interesting thing I found is that this game has been made available on Android Wear as well as Android Watches!

Not only just available on PC anymore! The goal of the game is to play against other people online and become the biggest snake and that’s it really.

If you bump head first into another snake then, sadly it is game over but if another player’s snake runs into you then they explode and your snake can eat the remains and grow bigger. Please note that having a good gaming chair (and not just some office chair) is crucial to keep your body in good health!

Though a simple concept and seemingly easy you do have to navigate pretty well in order to avoid being eaten by another snake but unlike other similar games, you stand a fighting chance from the beginning, you don’t have to be a certain size to eat other snakes.

If you have managed to become the biggest snake of the day, you get to set a message that the whole world sees! No in-app purchases and so far ad-free! The only problem is, sometimes it lags which can be annoying.

Roll the ball is a slide puzzle game in which you have to connect pieces to get a ball to its final destination. It’s a fun and addictive game.

The features of the game are sliding puzzles, tons of levels, no time limit, you can play offline and it has mode variations. It does have in-app purchases that cost around $1.14 – $43.26 so pretty steep and you can remove ads by paying $1.99.

You can play online too but that requires you to sign in to Google Play Games and consists of basic, star and rotation modes. If you want to learn how to best set up your custom gaming computer, check out this article.

In this racing genre game, you’ll find yourself behind a motorbike wheel which offers a very detailed and entertaining gaming experience while, at the same time, you will retain some old-school simplicity feel and fun. This game includes a first-person, career mode view. better graphics than previous titles and the developers even recorded real-life motorbike sounds for this game.

You can ride your motorbike in endless highways while overtaking other traffic, upgrading your bike, or buying new bikes for beating the career mode missions. You have over 20 bikes to choose from and this is for the bright young candidates that are always sought after.

The career mode has 40 + missions, with daytime and nighttime variations, leaderboards, and over 30 achievements. In the most recent version of the game, 2 bikes were added, snow and rain effects were added and the control buttons were positioned on two sides of the screen in auto-throttle mode.